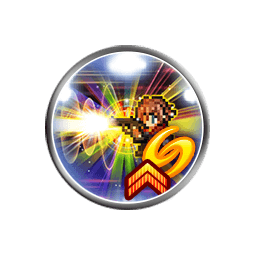 Using a fire, ice, or lightning ability as the next action temporarily grants the user a moderate Empowered Infusion for the same element as the ability that triggered it.

Deal three ranged physical fire, ice, lightning, and non-elemental attacks to one enemy, and increase the damage of the user's machinist abilities for one turn, with the effect becoming stronger the lower the enemy's fire, ice, or lightning resistance level (up to a large amount at rank 5).