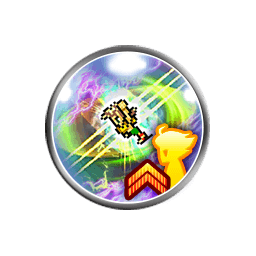 Using a wind or lightning ability as the next action temporarily grants the user Empowered Infusion for the same element as the ability that triggered it.

Cause celerity and combat abilities used by the user to deal six physical wind, lightning, and non-elemental attacks to one enemy. Deals more damage based on the triggering ability's rank.