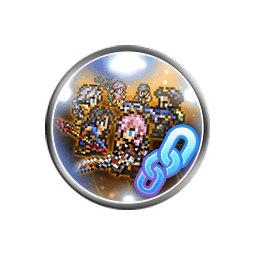 The Linked Burst (XIII) follow-up ability triggers just once for each element that meets the triggering conditions. When multiple abilities of the same element are used, the second and subsequent uses will not trigger the follow-up ability.