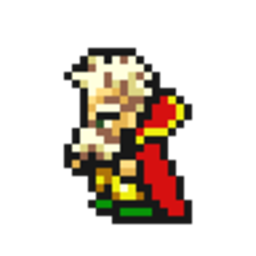 An old mage who raised the orphan Relm as though she were his own granddaughter. After encountering Terra and Locke, Strago learns of the dire threat to the world and throws himself into the fight to save it. Though age has left his body frail, the magic he wields is as potent as ever.

Comments on this page(30)