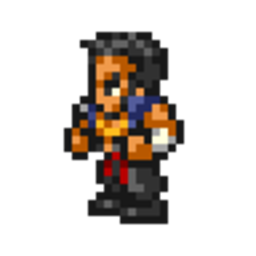 A large, imposing man who forms part of the Balamb Garden Disciplinary Committee. Raijin claims that he and Fujin are part of Seifer's "posse," and his only real friends. Despite Raijin's rough outward appearance, he isn't a bad guy, and even though he often finds himself opposing Squall and his squad, he doesn't harbor any ill will against them.

Comments on this page(4)